Soccer players are used to playing in different positions. The most glorified and exciting positions are seen as the attacking ones.

However, every great coach will tell you that you start building your team from the back. This page will give an in-sight as to what is expected from various defensive positions.

The 4 positions being discussed will be:

The first defensive role that will be discussed is the sweeper position. Take a look at the diagram below illustrating where the sweeper plays. 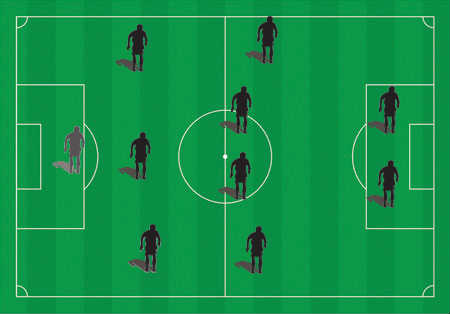 Not every team will play with a sweeper because they will want to play the offside-trap and therefore play with a flat back four instead. However, a sweeper can have positive effects on a team too. The sweeper can command the defence and midfield in front of him and see everything that is happening in the game.

The main reason a sweeper is played though is to literally 'sweep-up' and mistakes or clear through balls from opposition players.

A sweeper ideally should be quick but above all needs to be able to read the game and think two steps ahead of other players. 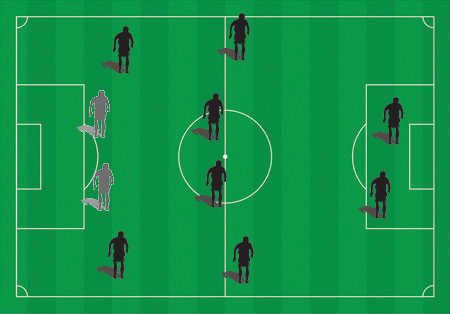 The central defender is stereotypically tall and well-built. These attributes are useful when it comes to heading the ball and holding off opposition strikers.

If two central defenders are playing alongside one another they need to communicate effectively. A central defender should look to play simple passing balls to the central midfielders or wide players.

With many strikers possessing good pace and acceleration, a central defender who lacks speed should stand off from opposing attackers until the timing is right to make that crucial tackle.

Alternatively, the central defender gets very close to the player at all times and doesn't allow them ANY time on the ball.

The next frequently used defensive soccer role is the full-back position. Soccer players usually possess slightly more attacking qualities from this position. Take a look at the diagram below of where they would start using a 4-4-2 formation. 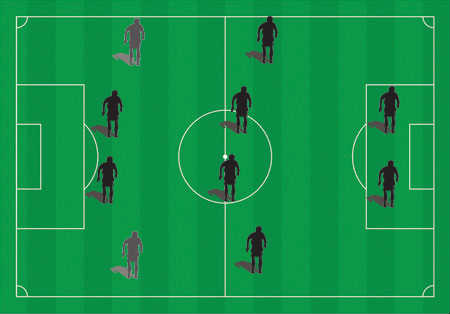 Full backs are the players who look to defend against the attack of oppostion wide-players. They will also often have to help the central defenders keep the strikers from creating too many chances on goal.

Full-backs often possess good speed so they can keep up with the opposition wingers and strikers. In a 4-4-2 formation a team will have a left and a right full back.

Many good full-backs will have the confidence to over-lap their midfield team-mates and join in any attack when they can. The primary objective for a full-back however is to have a good defensive performance.

A similar position soccer players are often asked to play is the wing-back position. The 3-5-2 formation below shows where a wing-back would be asked to play. 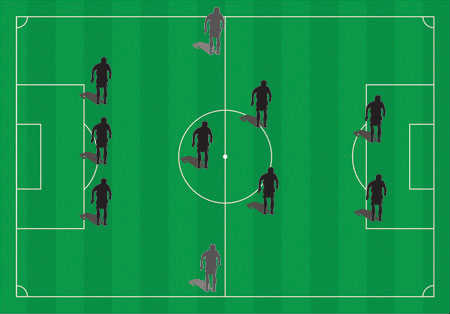 The wing-back positon can be tiring and hard work. The player will be expected to help both defensively and in attack.

The remaining 8 outfield players will be central and therefore the wing-back will need to stay wide to receive the ball.

The wing-back needs good stamina to keep moving up and down the side of the pitch.

When helping defensively the wing-backs join the 3 central defenders to make it a 5 man defence.

When attacking however the wing-backs will look to join the midfield and even get crosses in for the strikers!

Return to soccer positions - leave the defensive soccer players behind!