New soccer rules are here! Ahead of the 2019-2020 season the IFAB (International Football Association Board), guardians of the laws of the game, have made some important law changes which every player, official and coach should be aware of. As of now, these laws are in effect in the British game and vary dependent upon Country and competition. 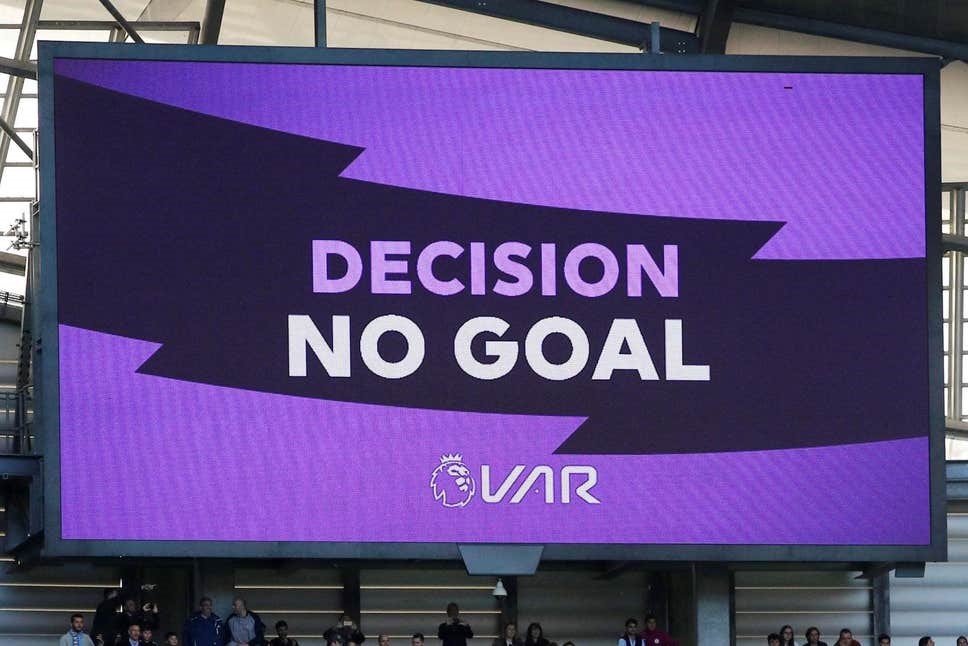 From 2019/20 season onward we're going to see an interesting change to the way free kicks are taken with new soccer rules.

The IFAB has approved a rule change which prohibits attacking players - ie those from the team on attacking from the free kick - from being in the wall.

Specifically, when there is a wall of three or more players attackers are not allowed within one metre of it.

Any attacking player found to be less than one metre from the wall when a free kick is taken will be penalised and the other team will be rewarded with an indirect free kick.

The idea behind the change is to avoid time-wasting and disturbances between players that may result in physical altercations.

Changes to the nature of goal kicks have altered the dynamic of restarting the game.

Previously, the ball was deemed 'dead' until it left the penalty area, but a new change means that the ball is in play as soon as it is touched and it can be played inside the 18-yard box.

Early confusion around these soccer rules led the IFAB to clarify that opposition players are still not allowed in the box until the ball is played.

The rule-makers have struck a further blow against cynicism in the game by introducing a change to substitution protocol.

Players who are being taken off and replaced must now leave the pitch by the nearest point on the touchline, which means we will no longer be forced to endure preposterously slow walks to the half-way line.

So players will have to think twice about how they exit the pitch and, not only that, they must make their way straight to the technical area or dressing room otherwise they risk being sanctioned for unsporting behaviour.

In order to clamp down on difficult behaviour from coaches who don't see eye to eye with the referee or their opposite number, officials will be able to show them yellow or red cards, in the same way they do with players.

If, in the event of a touchline melee for example, the offending individual cannot be identified for punishment, the senior coach who is in the technical area will be the default recipient. Now for soccer rules on handball.

The IFAB has attempted to provide more clarity on the handball offence for occasions when the offence is deemed to be 'non-deliberate'.

Essentially, the changes will mean that there will be no goal in cases where the ball accidentally strikes a player's hand before crossing over the line.

Similarly, if a player has accidentally handled the ball and created an advantage or subsequently scores, they will be penalised with a free kick.

Penalty kicks: Goalkeepers must have at least one foot on line

The issue of penalty kicks has cropped up a few times in recent years and the trend has been towards reducing the freedom of the goalkeeper.

That hasn't changed with the latest update to the rules, which dictate that the shot-stopper must not be moving or touching the goalposts.

The new rule changes also say that the goalkeeper must have at least part of one foot on or in line with the goal-line. Now for soccer rules on the exclusion of drop balls.

The dropped ball is no more. Well, at least not as we know it.

If play is stopped inside the penalty area the ball will simply be dropped for the goalkeeper.

If it is stopped outside the penalty area the ball will be dropped for a player from the team that last touched the ball. In all cases, players will have to be at least four metres (four and a half yards) away.

Here's the IFAB's explanation: "The current dropped ball procedure often leads to a ‘manufactured’ restart which is ‘exploited’ unfairly (e.g. kicking the ball out for a throw-in deep in the opponents’ half) or an aggressive confrontation.

"Returning the ball to the team that last played it restores what was ‘lost’ when play was stopped, except in the penalty area where it is simpler to return the ball to the goalkeeper.

"To prevent that team gaining an unfair advantage, all players of both teams, except the player receiving the ball, must be at least 4m (4.5 yds) away."

The most notable new inclusion in soccer rules. The video assistant referee (VAR) is a match official in association football who reviews decisions made by the head referee with the use of video footage and a headset for communication. After many trials in competitions such as FIFA Under-20’s World Cup and in league’s such as Bundesliga and Serie A, VAR is now fully in use in the Premier League. The most notable use of VAR however came in the 2018 World Cup where 335 incidents were checked at an average of 7 per game.

The VAR system seeks to provide a way for "clear and obvious errors" and "serious missed incidents" to be corrected but is already causing controversy. There are four categories of decisions which can be reviewed, these are:

·         Goal / No-Goal – a whole host of things can be checked against attacking team such as ball out of play, offside, handball etc.

The VAR soccer rules team are positioned in a VOR (Video Operation Room) and will check against the four categories above. It can often take time to review multiple different camera angles, something which is slowing the game down somewhat.

Where the VAR does identify an error, there are three possible scenarios: