English soccer boasts some of the worlds most exciting, skilful and hard-working midfield players. This page will look into what is expected of a player from each midfield playing position.

The 4 midfield positions being discussed will be:

As a coach it is a good idea to have information on every position on the soccer pitch in case you ever need to use them. They should know how a player should be performing from each position and what attributes this player will need to perform in this role.

(The positions that are of a lighter grey color... are the ones being discussed) 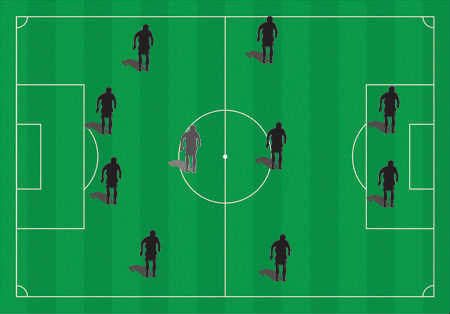 The Makelele role (as I like to call it... after Claude Makelele) needs a player who is capable of reading the game. By 'reading' I mean able to predict what the next move could be and position themselves appropriately. The defensive midfielder is a player who keeps the passing simple and looks to break up opposition attacks.

Defensive midfielders very rarely score. However, this is not what their role is. If you get the chance... take a look at video footage of Claude Makelele or Patrick Vieira. These players (who are in fact both French) are exceptional defensive midfield players who have played English soccer.

This player needs to be good at tackling and challenging for the ball and ideally full of confidence.

Take a look at the central midfield position below. 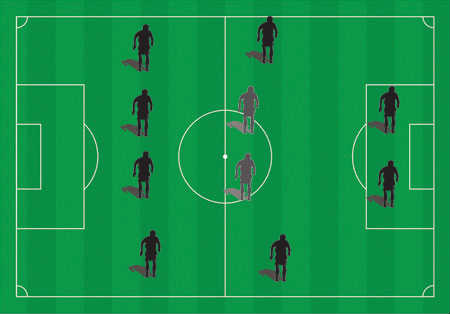 A lot of teams will play a flat 4-4-2 formation in which two central midfield players are needed. It is important that these two players can work together in the middle. They must possess certain attributes to play in this position.

Once again confidence is key. Most of the play will come through the midfield and they need to remain composed and make simple passes and crucial interceptions where needed.

The central midfielders often do the most running on the field of play. Therefore, they need to be physically fit. They will be expected to help defend when the opposition has the ball and help attack when their own team is making the play.

English soccer has some good central midfielders. Steven Gerrard excels in this position but unfortunately he is often played out of position for club and country because he is seen as a versatile player. Gerrard is very good at passing, making crucial challenges and scoring important goals for his team from this position.

The third position to look at is the attacking midfield position. 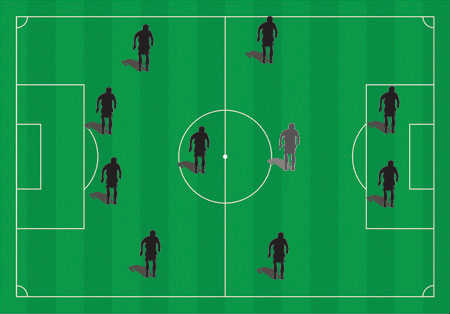 Take a look at Paul Scholes for Manchester United or Frank Lampard for Chelsea and see how they not only work incredibly hard in midfield but also create and score plenty of goals in English Soccer.

The final midfield positon to look at is the side midfielder. 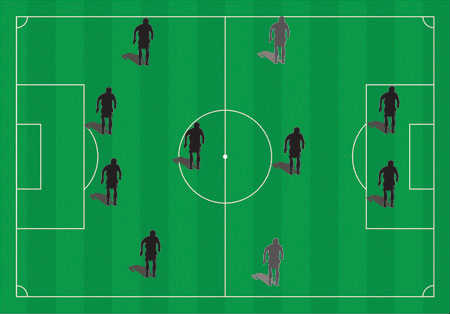 The side midfielder or winger has an important part to play in a soccer game. This is the player who often possesses the most skill and speed and who looks to dribble past opposition players. The side midfielder will look to cross the ball in from wide positions for the attackers to score goals.

As with any position on the soccer pitch the side midfielder will need to help defend when their team is not in possession of the ball. This player will need confidence with the ball at their feet because they are the ones who will try different skills and tricks to get past opposition players.

A good idea to try (often carried out in English soccer) if your side midfielders are struggling in a game is to swap over the left sided midfielder with the right sided midfielder. This can help in several ways. Firstly, they will be against a different defender now who they might have more success against. Secondly, if a right footed player plays on the left they will naturally want to cut inside rather than the expected run down the line. This can confuse opposition players and often lead to goals.

This simple guide on what to expect from midfield players should hopefully help your soccer team form a well balanced, confident foundation to defeat opposition teams.