In a soccer game, try starting the game offensive minded and try to get you opponents on the back foot early on. This is a good tactic when catching your opponents off guard.

Just make sure your players know their individual roles and your defence is still strong.

I have included 3 attacking formations on this page that I consider to be useful against various opposition teams.

The first attacking formation I have chosen is the most popular. 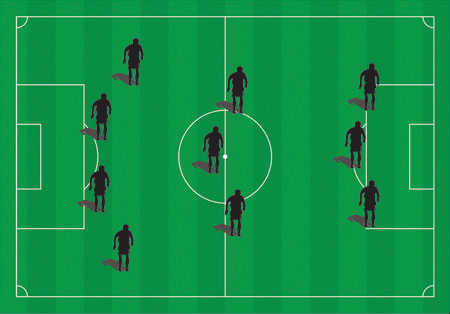 The 4-3-3 formation is a favourite with soccer coaches all around the world. This is because it is a good attacking formationwhich also has a solid back-four defence. The job of the 4 defenders is to keep it tight and secure at the back and get the ball forward to the midfielders as quickly as possible.

During a soccer game the 3 midfielders (who will play through the center) will look to get the ball to the 3 front players.

The 3 attacking players can be used in different ways. For example, you could have 3 strikers playing close together.

This can be good if you have physically strong strikers who will hold the ball up and give the opposition defence hassle.

You could however have one central striker and two wider wing-forwards. The wing-forwards usually have pace and will cross the ball in for the lone striker or run at the oppostion players with the ball.

The next attacking formation is the 3-4-3 formation. Take a look at the diagram to see how the players line-up in this formation. 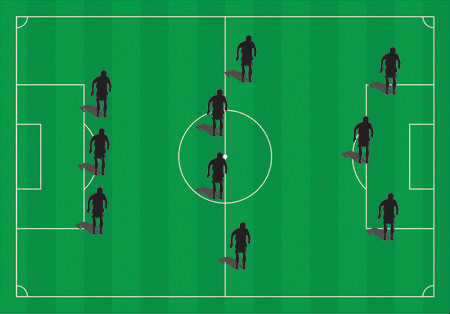 The 3-4-3 formation in a soccer game is a favourite of mine. It can be difficult for players to understand their roles to begin with but when it works..... it works well!

The key to this formation is to ensure your team have 3 attributes. They are:

C. 2 good wing-backs who can run all day long!

Having strong and confident defenders and attacking players is obvious. Add 2 central midfield players who can pass and challenge for the ball.... what are you left with? The 2 wing-back players of course.

The 2 wing-backs have the difficult role of being the only wide players and therefore having to defend and attack when required of them. This is a very physically demanding role which requires great stamina. 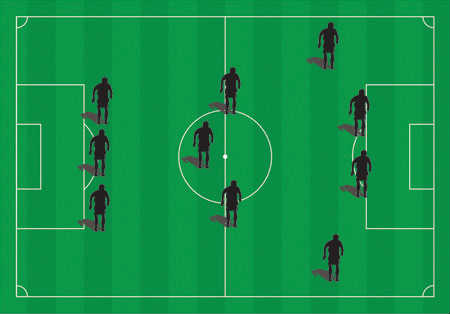 If this formation looks too attacking and you need a defensive formation... click here!

I could go more attacking than this formation but it begins to get a little crazy! The 3-3-4 should be attacking enough for your team to make several chances on goal during a soccer game. The 3-3-4 formation is relatively straight forward.

I hope these attacking formations will cause your opponents all sorts of problems and allow you to score many more goals.